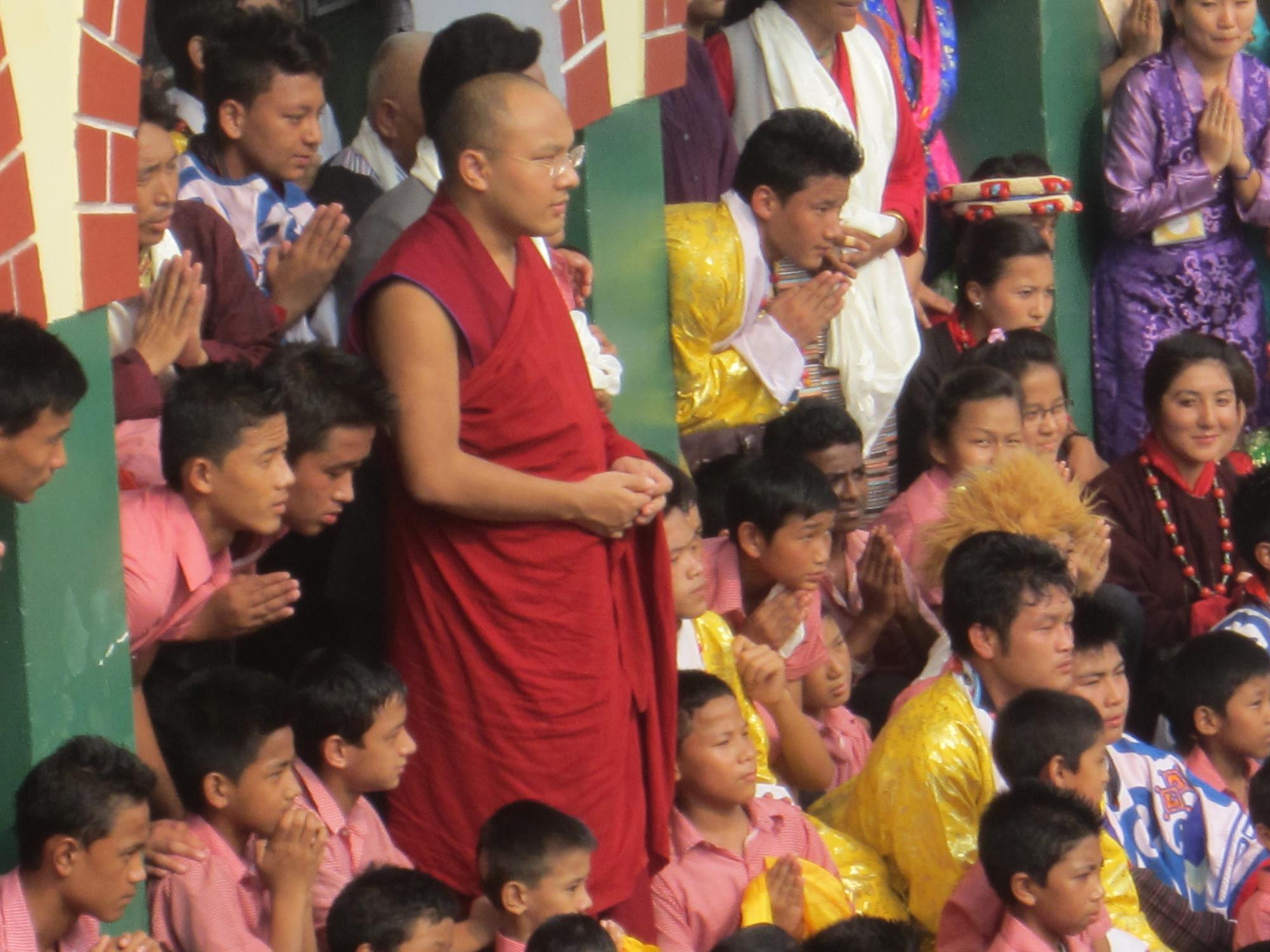 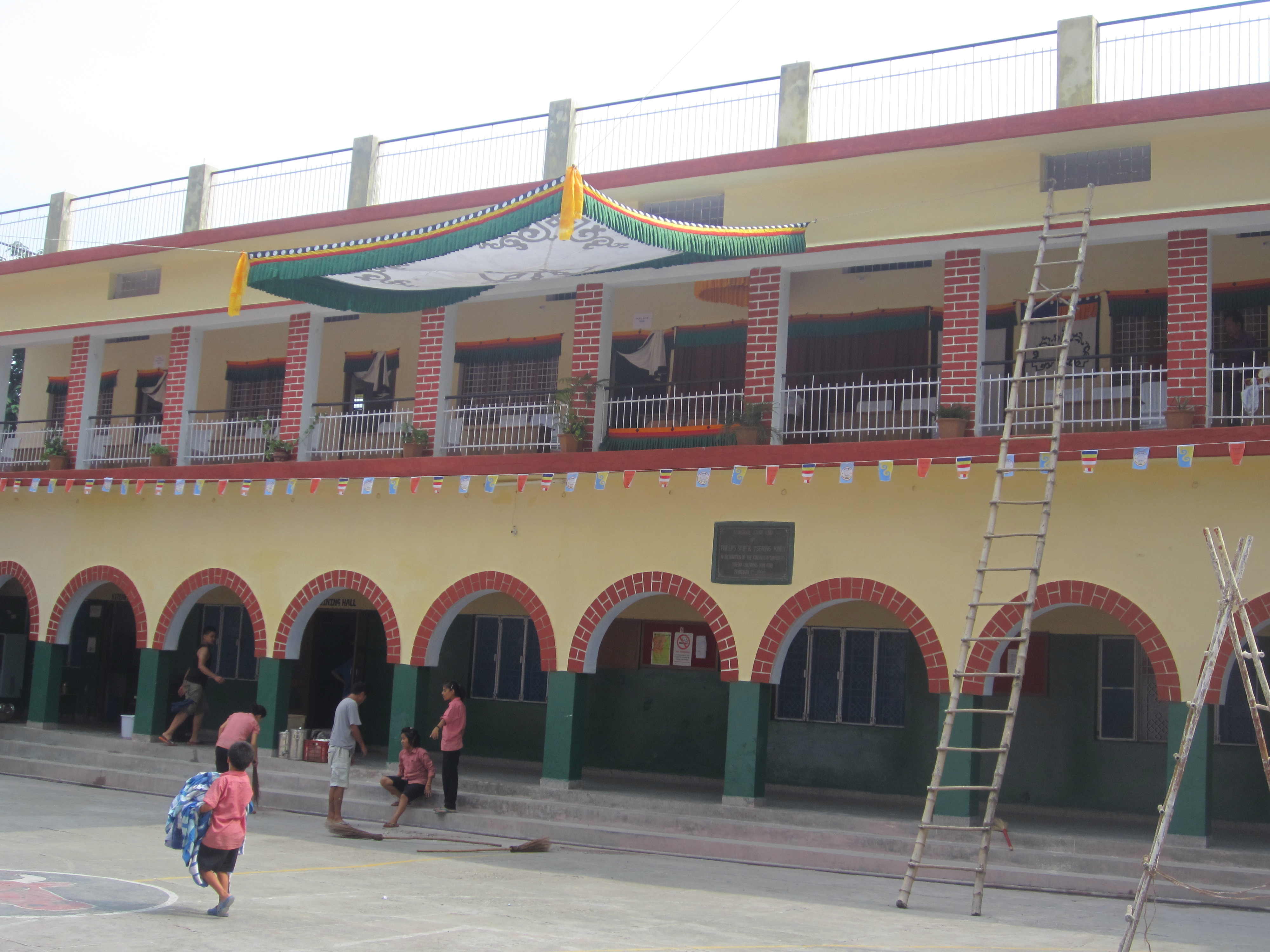 On September 2, 2012, The Children’s Home (TCH) celebrated the completion of the new TCH Annex with a splendid Inaugural Ceremony. The Annex was built as the second floor above the Main Dining and Study Hall and includes a much-needed infirmary, two additional dormitories for the younger children, living quarters for a matron, and additional toilet and bathing facilities. It is one of the most important TCH accomplishments in several years.

The Inaugural Ceremony was an extraordinary occasion in itself, and was graced by His Holiness the 17th Galway Karmapa as the Honored Guest. The Karmapa is the Spiritual Head of the Karma Kagyu Sect of Tibetan Buddhism and potentially the spiritual successor to His Holiness the Dalai Lama. All those fortunate enough to attend the ceremony with such a high lama will remember this rare opportunity for a long time.

The TCH children, staff and several volunteers spent two full days preparing for H.H. the Karmapa’s official visit, cleaning and decorating the campus and practicing songs and dances to perform for the Karmapa. Gompo Tsering, Founding TCH Director, welcomed the Karmapa, provided a short history of TCH and introduced each cultural performance. In turn, the Karmapa blessed the new Annex and offered a brief teaching on the importance of kindness and humility.

Eager to perform well for the Karmapa, the children were at first rather nervous but soon turned their anxiety to delight and danced brilliantly from the very depths of their hearts. Several students were so profoundly moved by this opportunity to dance for the Karmapa that they vowed to sincerely practice the teachings they had received that day.

The children and staff wish to thank the TCH supporters for the integral part they play in providing a solid grounding in their unique Tibetan cultural traditions. With such support they know they will continue to have opportunities to learn and keep alive the ancient traditions of their ancestors. The TCH children and staff shall gratefully remember such kind generosity for the rest of their lives. 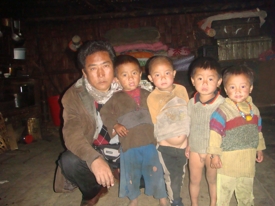 After 15 years of increasing effectiveness and growth, the Board of the Tibetan Children’s Home (TCH) has decided to offer its servicese primarily to the poorest of the poor Tibetan families. Over the next several years, TCH will be giving preference for admission to children from families that the regional Tibetan Welfare Offices identify as most impoverished. In this way, TCH plans to give as many children as possible an opportunity for a good education, regardless of their financial situation. Of course this focus on serving the poorest of the poor will require the support of several more potential sponsors.

In August 2009, TCH took the first step to implement this initiative. At the request of the Tibetan Welfare Office in the Tawang district of the State of Arunachal Pradesh in far northeastern India, the TCH Board invited four young Tawang girls to come live and study at TCH. The families of these four girls are quite impoverished, at times unable to provide proper clothing and regular meals for their families, much less afford to send their children to school.

The pilot project has been quite successful. The four children have settled into their new surroundings and are progressing well in school. Wanting to build on this success, TCH is planning to bring ten more children from Tawang to live and study at the Home. The welfare office that is managing this undertaking in Tawang has requested that TCH bring all ten children at the same time. Since TCH is lacking adequate discretionary funds to support this many children, all these children will need to have a sponsor arranged before any of them can take up residence at TEFS.

Chenrezig Fund has already located five sponsors for the second group of these children. At this time, only five more sponsors are needed to bring all ten children to TCH. All those interested in providing these children with a most precious opportunity, are invited to become a sponsor. A full sponsorship remains at $450 per year and is only a one year commitment, renewable annually. And, as usual, you can expect at least two letters per year from the child you are sponsoring and a copy of that child’s year-end school report card.

Since the families of the children from Tawang are quite impoverished, the children come to TCH with nothing at all except the clothes on their backs. For this reason, these children cost more to outfit during their first year than most of the other children at TCH. If you decide to sponsor one of these children, it would be a great help to TCH if you would include a small supplement of $50 or $100 with your sponsorship donation. The supplement will be needed for the first year only and is totally voluntary. 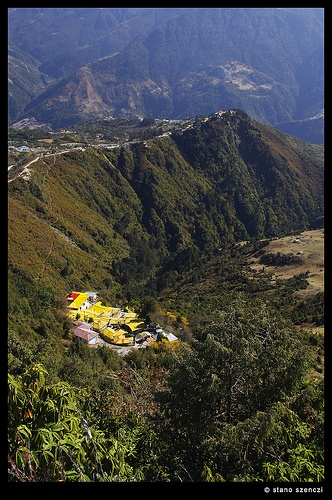 Background on Tawang & the Monpa People

Tawang district is located in the far reaches of northeast India. It is considered one of the most beautiful places in the world. The central town, also called Tawang, sits in the midst of the Eastern Himalayas at 13,500 feet above sea level. The climate is alpine with cool summers that are only three months long and bitterly cold and snowy winters. Several distinct cultural groups rooted in Tibetan culture live in and near Tawang. The indigenous Monpa, an agrarian people with deep roots in Tibetan culture, make up the majority of the population.

Many ancient Tibetan cultural traditions continue to be a way of life in the district. The Tawang Monastery is one of the oldest and largest Buddhist monasteries on the Indian subcontinent. The Sixth Dalai Lama was born in Tawang and the Fourteenth Dalai Lama spent some time there during his 1959 flight from the invading Chinese army. The Dalai Lama has stated that, in the long run, the Monpa people in Tawang will play a primary role in preserving the Tibetan culture, language and religion.

Although Tawang is a very special place, the living conditions for many of the Monpas are quite poor. These conditions have a significant effect on the health and growth of the Monpa children. Many families can provide their children with only one simple meal per day and often their clothing is barely adequate for such a cold climate. School is a luxury that most poor families cannot afford.

His Holiness the Dalai Lama has urged those who are concerned about the preservation of Tibet’s ancient culture to provide these needy Monpa families with support during these difficult times. By giving the poor Monpa children with good nutrition and living conditions and an opportunity to obtain a good education at TCH, they will be properly prepared to improve their living conditions, become self-reliant and maintain the precious Tibetan culture.