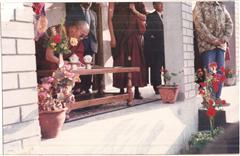 The Tibetan Children’s Home (aka Tibetan Education Foundation Society) was established in Dhondupling Tibetan Colony, Clement Town, Dehra Dun, India on March 18, 1991. TCH was originally funded by the eleven-member Board of Directors. At first there were eleven children in residence, a number that gradually grew as its excellence in modern education and Tibetan language and cultural traditions became known. Today, all segments of the Tibetan community in exile recognize the importance of the work that TCH is doing.

In 1992, the Dalai Lama paid an official visit to TCH and gave it his blessing. He praised the private initiative of the founding Board Members in their efforts to give impoverished Tibetan children a good education so they could be contributing members of the Tibetan community in exile. The Dalai Lama presented TCH with a substantial gift to help develop the facilities. This gift was followed by a grant from the Central Tibetan Administration’s Department of Tibetan Education for the construction of additional sanitary facilities.

Over the years, TCH has been the fortunate recipient of donations from private individuals as well as grants from such charitable funds as Parimita Charitable Trust, the Tibetan Homes Foundation, the Chenrezig Fund, the Tibetan Children’s Fund, the Social Justice Fund of the First Unitarian Society of Madison, and Lake Side Church. These donations and grants have enabled TCH to maintain its facilities in good condition and to build additional facilities to keep up with the demand for it to serve an increasing number of children. Many of these funds have also attracted several individuals, families and groups to sponsor the disadvantaged TCH children.

The Need for a Home for Tibetan Children 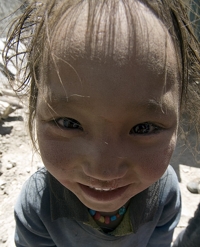 There are over 150,000 Tibetan refugees living in the Indian subcontinent. They are refugees living in a third world country with one of the highest poverty rates in the world. Many of these destitute Tibetan families live on the verge of starvation. Most often the parents are illiterate and have no skilled trade to earn a living. A majority of these Tibetan refugees eke out a living as street vendors, selling sweaters and other woolen goods during the winter months. To ply their trade, these families need to travel from place to place in India. As a result, their children’s education is repeatedly disrupted and they often drop out of school prematurely and continue the cycle of illiteracy and poverty.

These are the Tibetans who are the poorest of the poor. And these are the children that TCH serves. Providing these children with a stable living situation, nutritious meals and other necessities of life, TCH gives them the opportunity to get a good education and break the cycle of illiteracy and poverty. 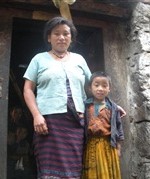